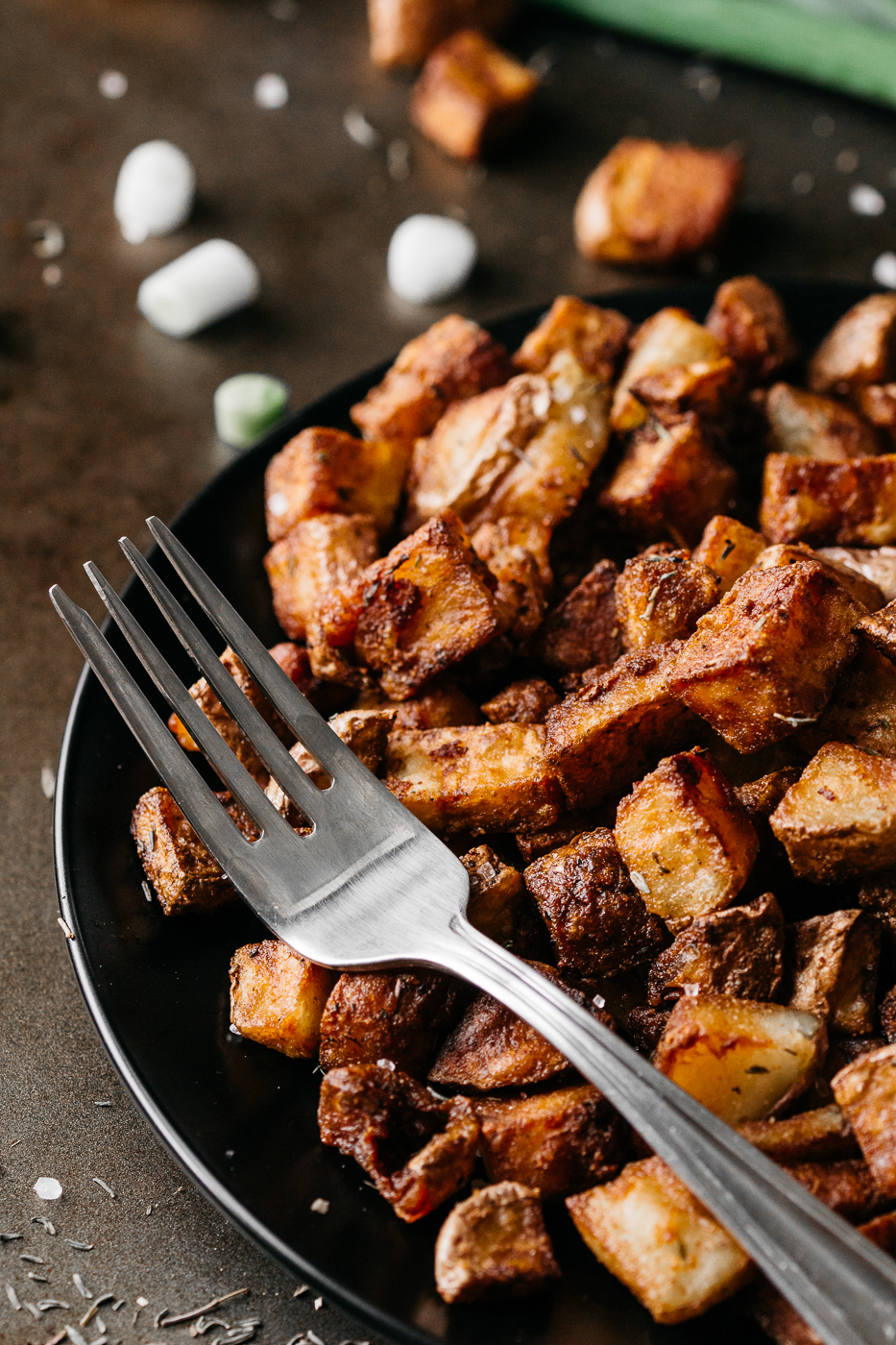 Hi. I’ll be the first to admit that things have been rather hit or miss around these parts as of late. For that I’m mostly sorry. But at the same time I needed some time off. Some time to think about things. Think about where I want to take this blog and my career. Figure out how to navigate blogging full-time while being in a semi-long-distance relationship.

It became glaringly obvious that my old routine for running this blog no longer worked. Gone were the days of being single with all the free time in the world. I now split time between Cincinnati and Louisville. Meaning I’ve had to learn to make the most of my time. Instead of being a master procrastinator.

I’m not the best at multi-tasking. Instead of dropping a few balls, I tend to drop them all. A few weeks ago I realized I can’t do it all. After some time off from things and working on figuring out a new schedule that works – I’m back! Or most of me is back at least. Over the next couple of weeks I’m going to be trimming the fat so to say. I’ve missed blogging, but not the speed I was going at it before my mini-breakdown. Instead of churning out 5-6 posts a week I’m going to focus on creating 3 quality posts a week. One new recipe, one style post, and the last will be whatever I fancy at the time – whether that be travel, grooming, or anything in between. 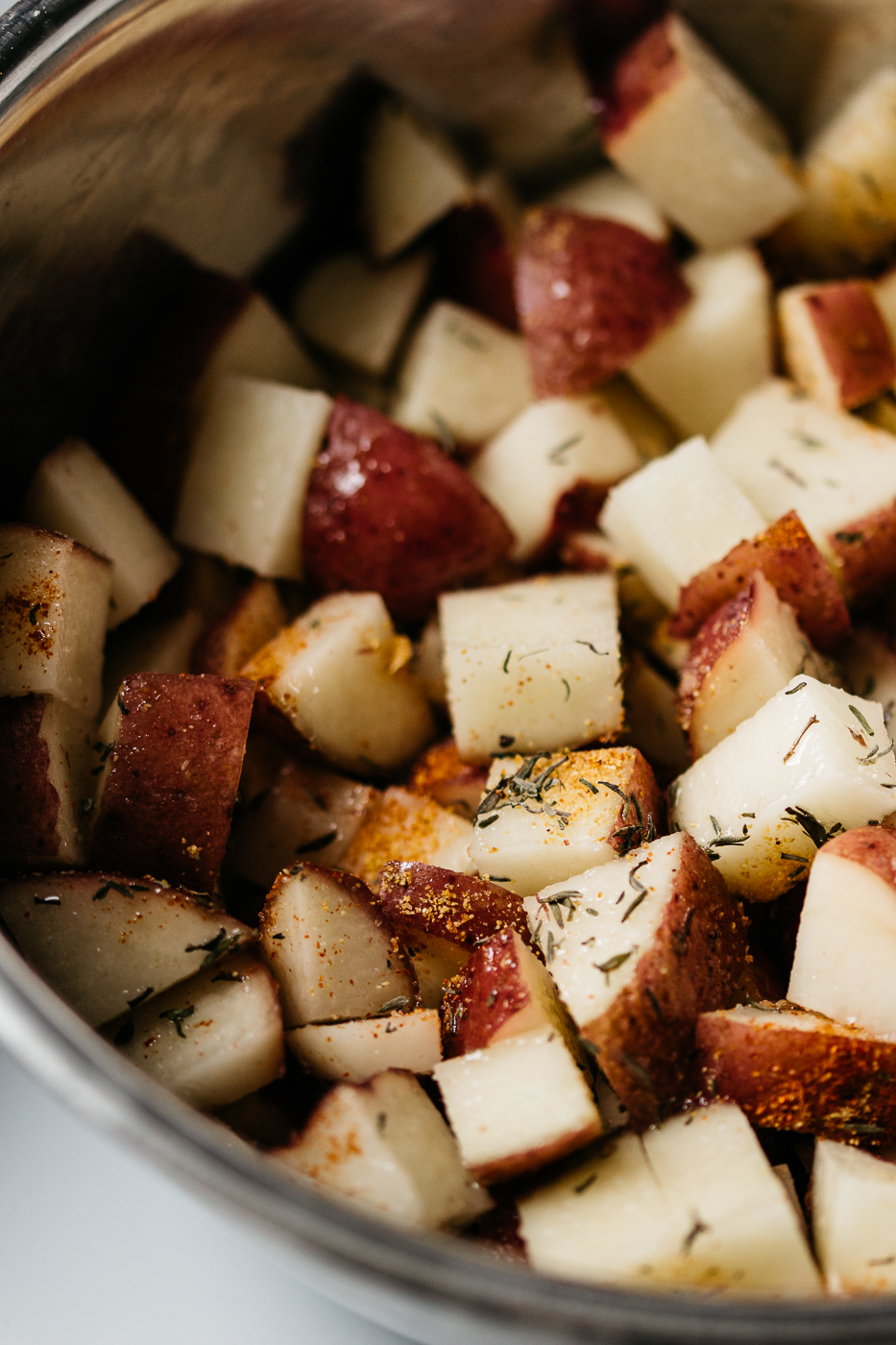 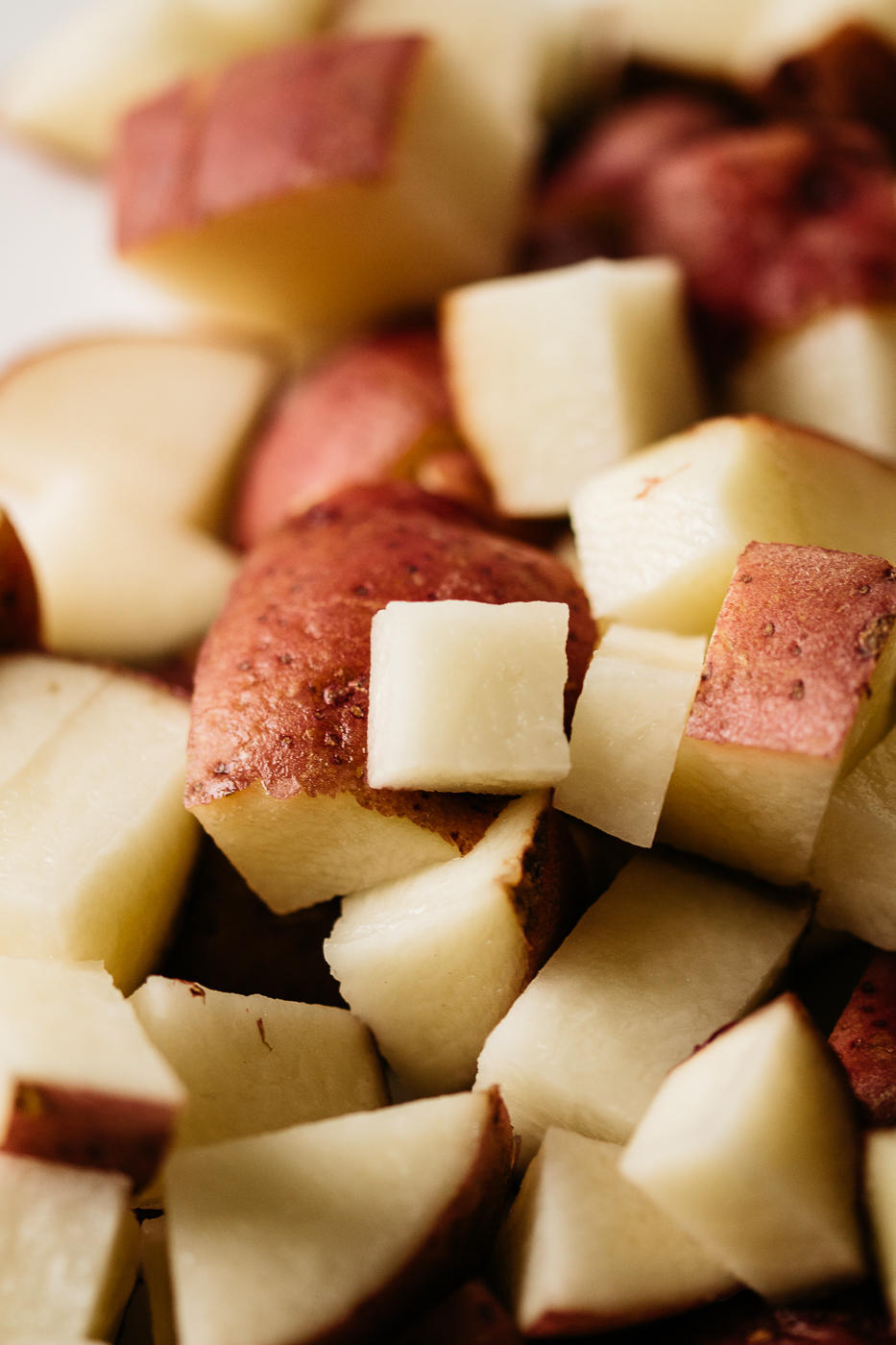 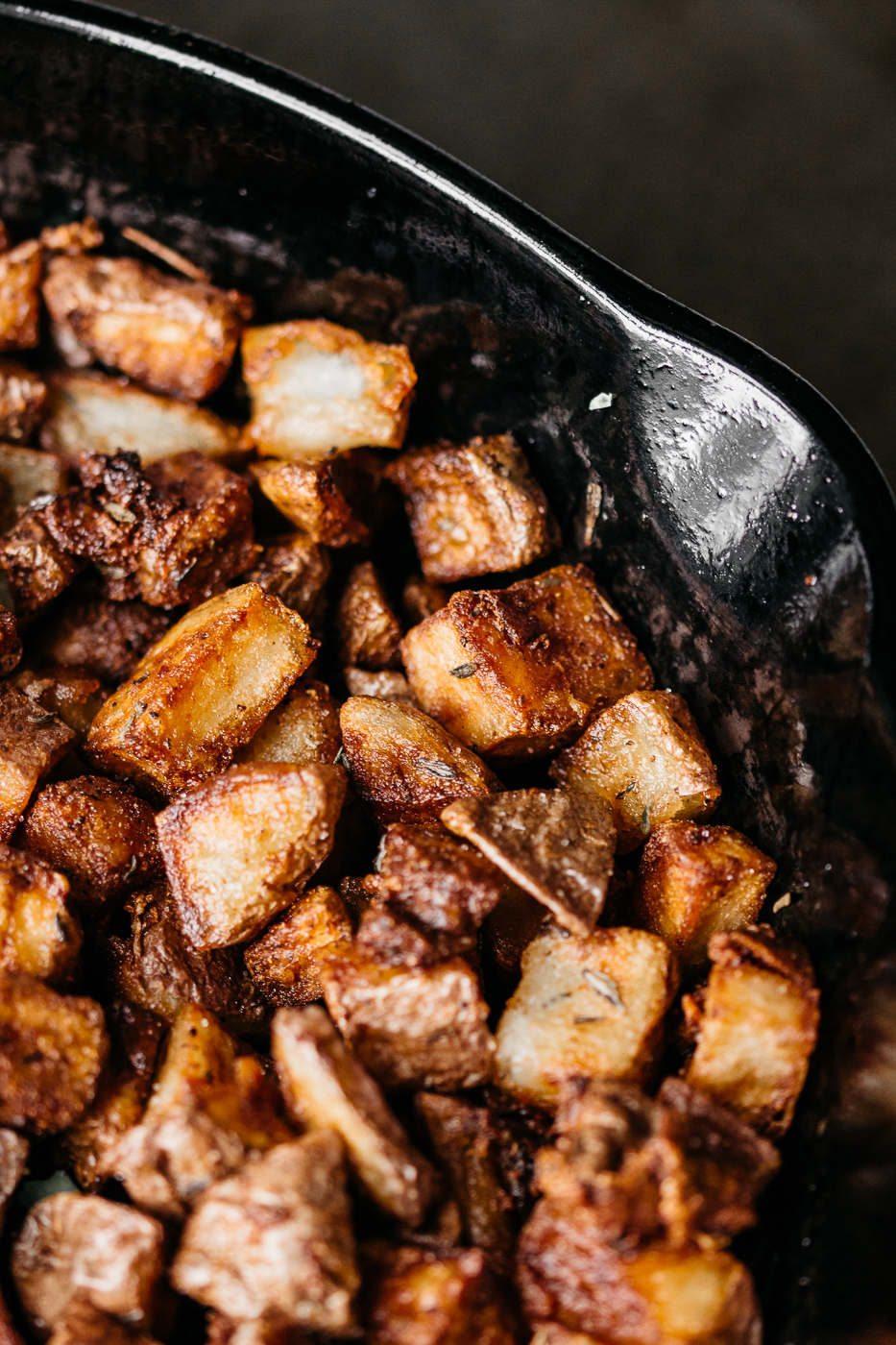 Now onto this week’s recipe post. I’ve got a horrible habit about making dishes, tweaking them to perfection, and then never getting around to photographing them. These Herbed Skillet Potatoes being a prime example. They are something I make almost every weekend for Zack and I, but always thought they were too “blah” for a post. My hiatus helped me realize some things, including the fact that I need to swallow my pride. I’m nowhere near a professional chef, and some of my blogging peers take better photos and cook better than me. But I’ve finally realized that I’ll never get better if I don’t drag my ass out of my comfort zone and actually put in the work.

Can’t go wrong with potatoes, IMO. Especially when they’re nice and crispy. Best part about this recipe? You can dress them up anyway you like. They make for the perfect side dish for eggs in the morning, but they’d be just as delicious with dinner. 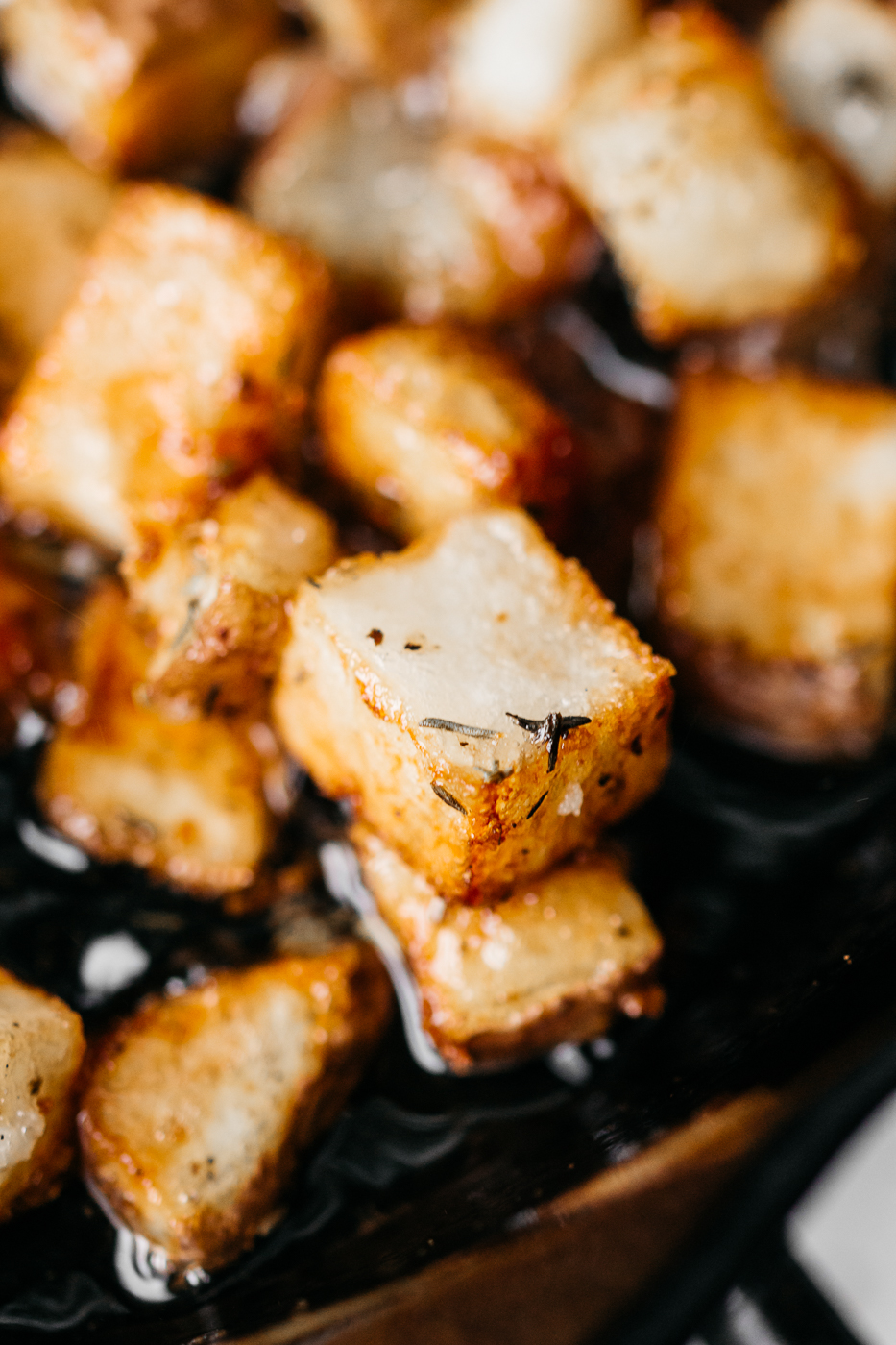