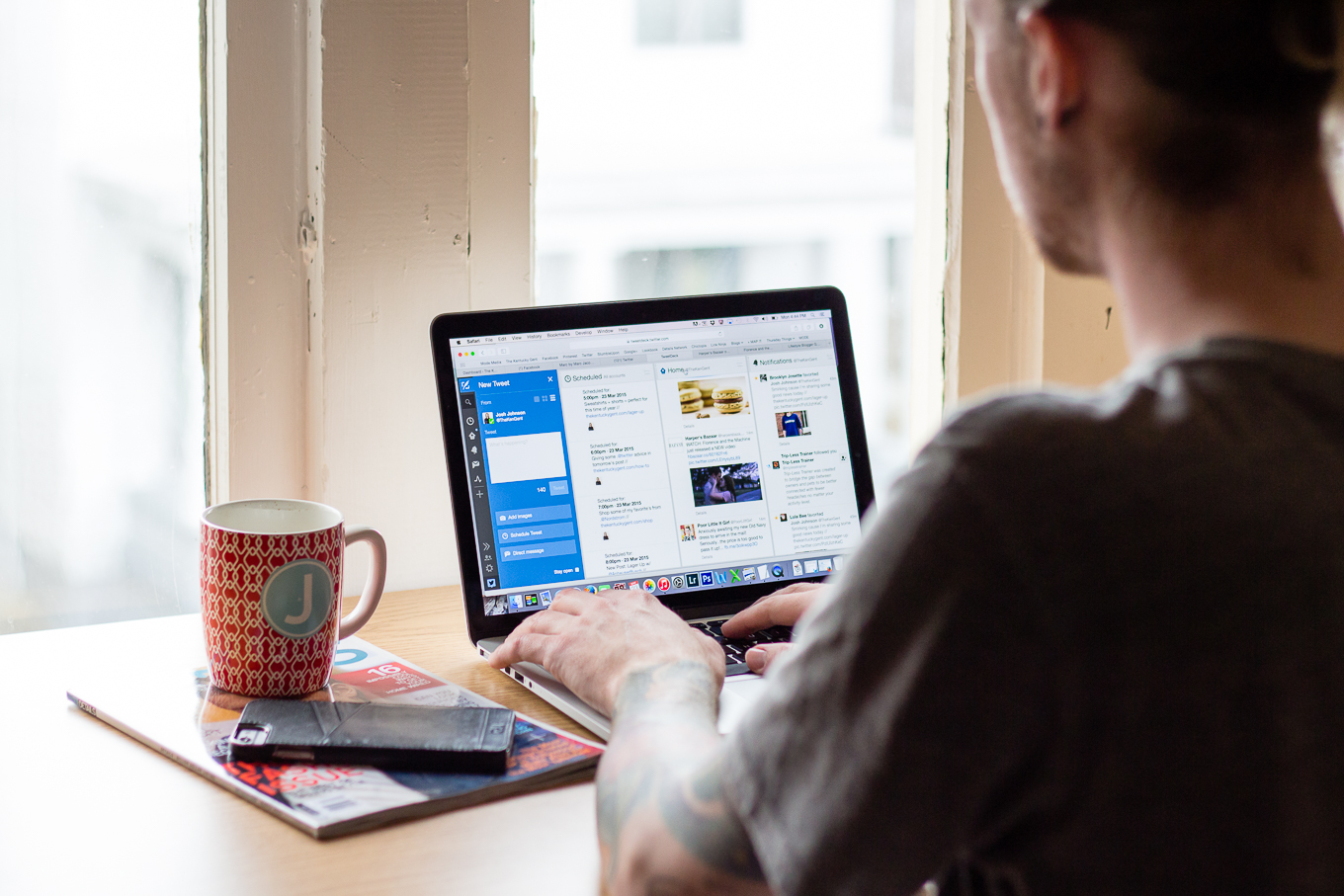 It’s been a minute since I’ve shared any tips on how to be a better blogger – mostly because every day is still a learning experience for me as well, and I’ve been learning my fair share of things the last few weeks. But today I’m sharing some tips on what used to be my least favorite social media channel – Twitter.

I’ll be the first to say that I was definitely one the last folks to jump on the Twitter bandwagon. I hated it, and when I say hated it I fully mean that I loathed it. When I really thought about it thought I didn’t hate it as much as I didn’t understand how to use it and use it to help my brand and traffic. Once I began using it consistently Twitter quickly became my #1 referral source, and today I’m breaking down how to tweet like a pro.

I first used TweetDeck when I was scheduling out tweets for an event that I worked on last summer, but TBH I didn’t use it for the blog until the beginning of this year. Now I use it consistently day to do to schedule out tweets to my new posts + top posts from the past week. My favorite thing about TweetDeck? The ability to tag folks in your tweets.

Piggy-backing on the tagging bit – Twitter makes connecting with your favorite brands/other bloggers ten times easier, and chances are if you tag them they’ll retweet or at least like your tweet which means more eyes on your content. Which means do your research. Find your favorite brands/agencies/bloggers. Interact with them. Build relationships. That’s the difference between making it in this biz and not making it.

Another thing I love about Twitter? If someone retweets your tweet the chances of someone seeing your photos and/or clicking through to your posts are practically doubled. Don’t get me wrong – I love Instagram, for what it is, but when someone reposts your photo often times they “forget” to tag you, and unless they have 1,000’s of followers you’re not likely to see much out of it. Twitter on the other hand definitely has plenty of ROI.

You’ve probably seen tweets that start out like this “[email protected]“, and you’re probably wondering WTH that’s all about. When Twitter sees “@TheKenGent” it interprets that as a direct tweet to me, and that the only people that should see it are people that follow both myself and the person tweeting at me. Placing a period in front of the handle forces Twitter to read the tweet as a public message, not a direct message to the person you’re mentioning. Note: this rule only applies when you’re beginning a tweet with a Twitter handle ie. “[email protected] is a lifesaver.”

Don’t Take The Easy Way Out

I’m sure you’ve seen that nifty little “share” button when you’re publishing your latest Instagram and while pushing a share straight to Facebook and Tumblr results in your photo being shared seamlessly to the other platforms the same can not be said for Twitter. Due to some changes Twitter made in their APIs all that your followers will see is a bit of your caption with a link to your Instagram photo, and we all know the purpose of Instagram is share photos not text – which is why when I discovered IFTTT I was as happy as a grammer in a coffee shop with good lighting. With IFTTT you can set up a “recipe” that will look for a certain hashtag in your Instagram photos which then will push the image directly to your Twitter feed.

Short, sweet, and to the point, but those are 5 things that have made tweeting a bit easier/more productive for me, myself, and my brand. If you’ve got some tips on how to tweet like a pro sound off in the comments and share them with the rest of us! I’m looking forward to what y’all have to share.