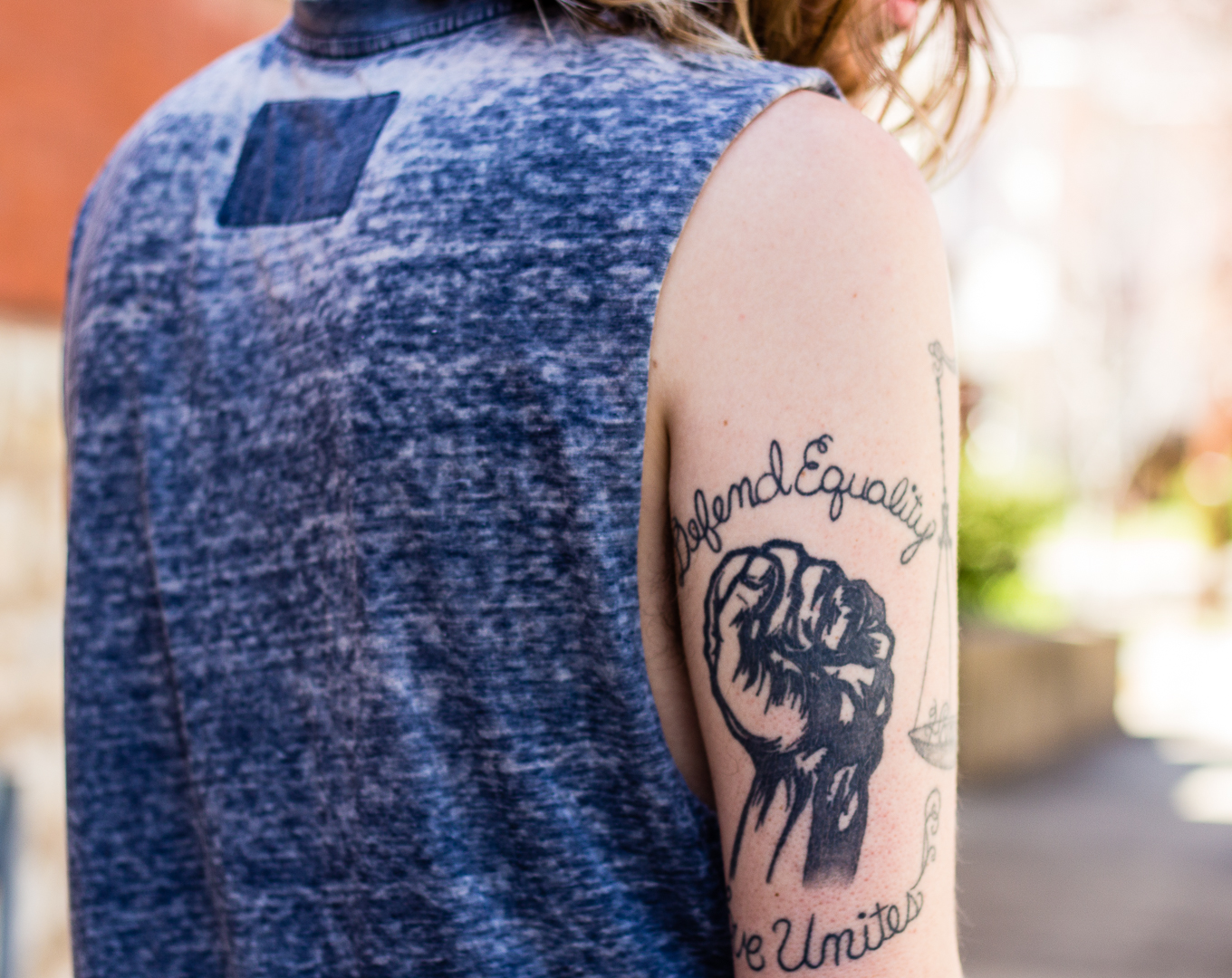 the power or right to act, speak, or think as one wants without hindrance or restraint.

By now I’m sure you have all heard a thing or two about the law that was recently signed in Indiana. Don’t worry – I’m not going to go getting all political on you, but I am going to share my thoughts on the matter. Especially seeing as it hits so close to home for me on more than one level. I’ve shared my coming out story in the past so I won’t go boring y’all with the details on that, but I did want to take a minute sound off on a couple of things.

Truth be told, I was actually born and raised in Indiana, but ever since a young age claimed Louisville as home (for reasons I’ll make apparent later on). Besides growing up across the bridge I also grew up incredibly involved in the Church and even attended a Baptist school from 1st until 9th grade. I believe in a higher power, but I do not believe in organized religion for reasons such as SB101 and because to be 100% honest organized religion had me living in complete and utter fear for the majority of my younger years, and the Jesus that I know preaches of love and acceptance, not fear and hate.

Growing up gay in Southern Indiana was definitely one of the more trying experiences of my life. I still remember cowering in the corner of a bathroom stall when I was in 3rd or 4th grade because my mom was running late to pick me up and a handful of the older guys at school decided to call me every gay slur in the book. I also remember skipping so much school that I was suspended twice, getting shoved into lockers, and being called “queer” any time I would venture in the hallways. My school knew about it, my teachers knew about it, and yet nothing was done about it. 4 of out 10 LGBT youth say that the community in which they live is not accepting of LGBT people, and I was one of those 4 out of 10 LGBT youth. Now the state is saying that it’s ok for businesses to turn their backs on LGBT individuals state-wide, and that they government will turn a blind eye on it just like my school’s administration did? Seems like a great idea to me, especially since it worked so well back in the 1950’s and all.

I always felt like I was on the outside looking in. Never quite sure what made me different, or why it mattered. But I knew something was different. I was different from the other guys – they wanted to play basketball, and I wanted to read books and cook in the kitchen with my mom. Because of that I never fit in. I’ve honestly been called queer for as long as I can remember, even in the 1st grade (if that doesn’t tell you that I was born this way then I honestly don’t know what would). Which really bummed me out back then. I mean, can you imagine going through all the emotions that already come with puberty and adding to that the list of things LGBT individuals have to deal with? It’s enough to drive a sane adult crazy, let alone a kid. But then I realized nothing was wrong with me, nothing at all. I was exactly who I was meant to be. And I fully understand that some folks may not see it that way, I really do. We will have to agree to disagree on that fact.

The passing of the RFRA in Indiana sets the stage for all LGBT individuals in the state to be put into the same situation/situations that I outlined earlier. Because no matter how pretty the opposition paints this up it is in essence bullying. Bullying under the guise of religious freedom.

I guess what I’m trying to get at here is that everyone is entitled to whatever opinion their religion affords them, but not at the expense of other people. If you’re really a Christian then you’ll remember what was said in John 8:7, “Let any one of you who is without sin be the first to throw a stone..”, and if you’re like me you’ll remember that “Defend Equality, Love Unites.”

While I’m not advocating a complete boycott of Indiana – because I know plenty of equality minded folks that own businesses in the state, I am advocating for everyone to open their eyes and ears to the situation at hand. Our forefathers founding this country to escape religious persecution, and now in the 21st century our elected officials are signing bills into law that are persecuting those that don’t fit the mold. I understand that Clinton signed a RFRA into law in 1993 and admit to not fully knowing what all that bill entails, but regardless of that fact it was over TWENTY years ago. Look how far we’ve come in those 20 years, why set the country back now when we’ve already came so far.

Last but not least and my tip for the week: do unto others as you’d have them do unto you. At the end of the day, it really is as simple as that.