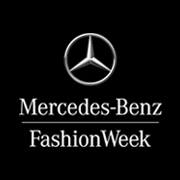 Thanks to a big leap of faith and some networking in Louisville I’ll be attending my first NYFW. I’m a bundle of mixed emotions, alongside a serious cold that’s decided to wreck me. I’m mostly excited, with a hint of nervous as well. I’ve spent the past several days running last minute errands and doing some much needed shopping.

One of the hardest things about being from Louisville when prepping for an event like this is there aren’t many men’s boutiques to work with for samples or help with outfits. Keeping my fingers crossed for making some connections for the September shows while in New York though!

The blog will be quiet for the next few days as I finishing packing and running errands, but I fly into The Big Apple on Wednesday for DETAILS Magazine’s March Cover Issue party so I’ll be making up for that then. Shows start bright and early on Thursday! Be sure to follow me on Instagram and Twitter to keep up to date with all my adventures at NYFW. #TheKentuckyGentDoesNYFW

Take a look at the Street Style looks below to see inspiration for some of my looks for the coming week. I’m thinking patterns, prints, and black will be taking the forefront.