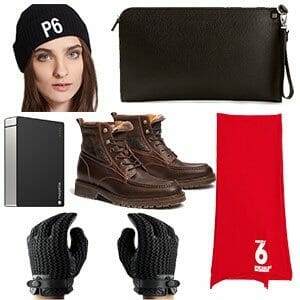 What I Wish I Knew Before NYFW As I come down from the high that is NYFW my feet are beginning to regain some feeling, I’m almost unpacked, and best of all my sleep schedule is somewhat back to normal I realize I had no idea what I was getting myself into. I don’t think there is really anyway to prepare yourself PHYSICALLY for what is Fashion Week, sure you can pack all your best outfits, get a spray tan, make sure you squeeze in a mani/pedi before you jet set to New York, and get your hair in tip top shape before you leave your hometown, BUT are you really ready to walk blocks in the snow that’s turned into slush, or hail down cabs in the wet streets? No, you’re probably not. I know I wasn’t. It really is true what they say about fashion over function though, especially at Fashion Week. Girls were wearing suede heels in February, DURING a snow storm. That’s one I didn’t understand, but whatever. The guys weren’t much better though. There were several guys with their ankles out in driving moccasins in 20 degree weather. I think someone I was in line with for a show said it best when they said we’re here seeing Fall/Winter collections so don’t be afraid to bust out the scarves, hats, gloves, and rubber goulashes. That’s what I’m here for today actually. To break down what you should actually pack for your Fashion Week, especially if it’s your first time, and you decide to go to the February shows.

GOD – what a life saver insulated boots would have been. My hotel was only 3 blocks from Lincoln Center, but even after that short walk my feet were soaked or freezing before 9 AM almost every morning. The Glacier boots by Trask would’ve been a perfect fit to keep my feet both warm and stylish on my morning commute to Lincoln Center. Beanies were everywhere. From guys in a blazer and t-shirt to the girls in the front row who donned them with their body con dresses. Beanies definitely took home the most versatile accessory in my book. They do more than just top off your outfit though, they’re a lifesaver when the frigid air hits you like the little ice bitch that it is. My only complaints when walking were cold toes and cold ears, no joke. Be fashionable and support a good cause at the same time in Alexander Wang’s P6 beanie in support of ending gay discrimination in Russia. This is more about the fashion than it is the function, but everywhere I turned I saw fur. Whether it was in an actual show, or just on the people in the front row it was literally everywhere. Take Alexander Liang, from Kenton Magazine, for instance rocking the trend in his own unique fashion as always. You probably won’t look as fashionable as him, but why not get your own fur scarf. Photo by Steve Eichner of WWD

You’re going to need to keep your fingers nice and toasty so you can keep up to date with all the shows you’re missing, because there are too many for you to see them all, and to update your social media channels throughout the day. Lucky for us companies have caught on that we want to be warm AND still be able to use our phones. Time to ditch your old gloves and upgrade to these touch screen compatible leather gloves from Mujjo. The thicker the better at this point honestly. They will be pulling double duty as well, keeping you warm but also helping complete the look. With that in mind stick to thick knit scarves or a pop of color like the American Apparel P6 scarf. Side note, red was one of the biggest colors on the runway this season. So basically you’ll be ahead of the trend curve and supporting our brothers and sisters in Russia! Meet your new best friend. I’m being quite literal here. This guy saved my life so many times. All you need to do is end up with a dead iPhone at NYFW or lost on the subway, like I was. There’s the backup battery version of Mophie, which is what I use, or you can opt for the case with a built in back up battery. But it’s a little bulky for my taste. I bought a new backpack before heading up. Worst decision of my life, because I could fit everything and the kitchen sink in there so of course I shoved it in there. After lunch my shoulders were already hating me. Opt for something a little smaller, like a clutch or document holder just make sure it will hold your wallet, phone, charger, and other essentials. Once you’re there it’s not nearly as intimidating as you make it out to be in your head. No one stops to talk to you, we’re all there for two things; to hopefully get shot by the street style photogs waiting outside and to see the newest collections on the runway. With a little planning and practicality NYFW can be a beast that is easily tamed.

Powering through the last day before my Mexico vac

January photo dump ✨ looking back at this month

Powering through the last day before my Mexico vac

January photo dump ✨ looking back at this month

Zeen is a next generation WordPress theme. It’s powerful, beautifully designed and comes with everything you need to engage your visitors and increase conversions.