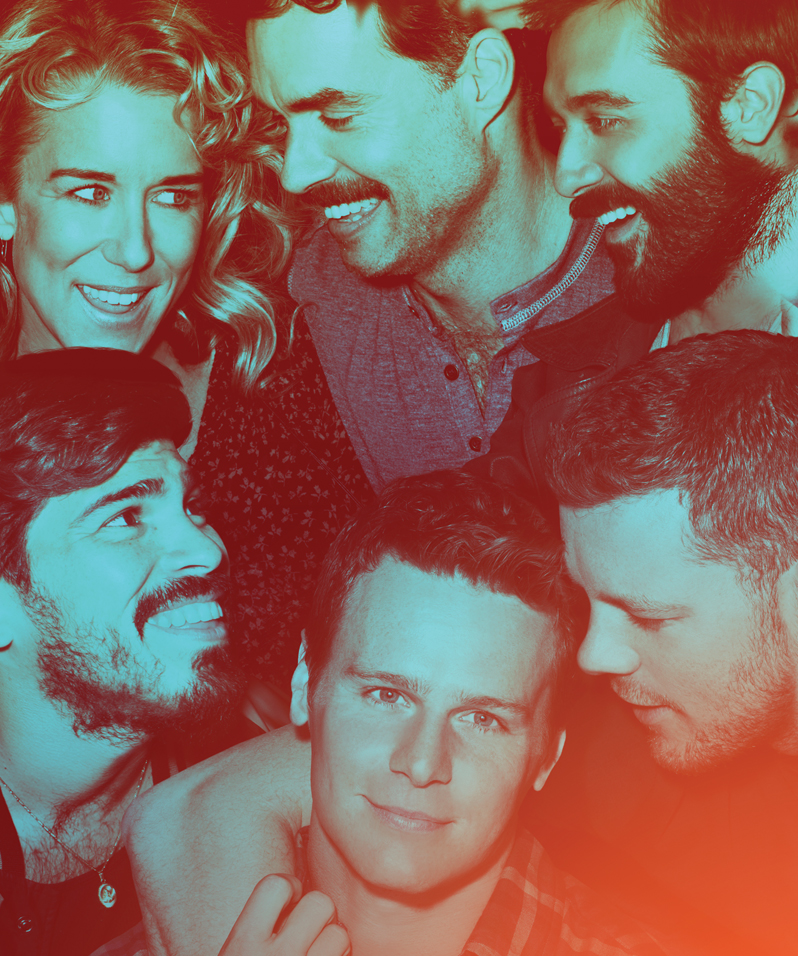 I let out an audible gasp/sigh during lunch yesterday when I heard the news that HBO’s Looking would not renewed for a third season. I get that the show’s writing wasn’t exactly the best in the world, but putting that aside it was a great show. The story was real. It was about 4 gay men and their friends living, loving, and learning in San Fran. They were (mostly) normal guys. Their lives didn’t revolve around sex, drugs, and alcohol, but instead it was part of their lives. They weren’t broken, and they didn’t need fixing. Coming from a still somewhat young gay man I can say that having a show like Looking on air when I was growing up would’ve made things a helluva lot easier. Straight kids have so many folks to look up to on TV, but what about the gay kids? We certainly didn’t have anyone to look up to when I was a kid, and times haven’t changed all that much. For that reason I’m beyond sad that HBO decided to cancel the show. But no use crying over spilled milk, right? But if the powers that be read this I would love for you to reconsider the decision.

Just like I’m reconsidering my thoughts on colored front doors after HGTV + my next door neighbor seriously tempted me to paint my front door yellow.

BUT since I rent and don’t own I’ll have to settle for swapping out my desktop color for something more “Spring” instead of a door, luckily for me (and you) Chelcey Tate shared just that this week on her blog.

Speaking of Chelcey, we had the chance to hang out for the first time this past weekend. It’s always great getting to meet like minded individuals who have similar aspirations, dreams, and career goals. After all we are the company we keep.

While we’re chatting photos, do y’all understand the rule of thirds? If not, then I recommended getting on that. It’s an easy way to up your Instagram game. The gals at Wandeleur shared an in depth break down WITH visual aides.

I found out yesterday that one of my favorite group of friends (the girls from Sex and the City) almost went without their leading lady, Sarah Jessica Parker. Can you imagine?

Also – can you believe that SJP turned 50 this week? Time certainly does fly.

If you have a hard time keeping track of time (like myself) enter Closet Freak’s Timex Watch giveaway – ends in 3 days, so hurry up.

Between SATC and Anthony I’m missing NYC a little right about now, and after Damsel in Dior’s stay at Dream Downtown I think I may know where I’m staying next time I’m in the city.

I’m always on the lookout for new hair products – especially now that Jared Leto’s hair is a thing of the past, and Miranda made me seriously consider giving Living Proof a try.

While we’re on the topic of grooming – I was plagued with razor burn last week after using an actual razor to shave for the first time in forever. If you’ve ever dealt with the same Style Girlfriend gave some seriously helpful tips on keeping those problem hairs at bay.

Home interior posts seemed to be a thing on a lot of blogs I follow this week, and if you know me at all you’ll know that I wasn’t mad one bit.

Blair from The Fox & She is on the market for a new place and is officially a girl after my own heart with her dream kitchen debate.

Will has me seriously reconsidering my stance on wallpaper. If you’re also not a fan, you’ll need to check out this post – I promise you’ll never look at the stuff the same way again.

And if you’re looking to spend more than you had in mind at Target – Emily Henderson has rounded up some of her favorite Spring Target picks over on her blog.

Last but not least west elm gave us a seriously EASY to follow how-to on hanging and designing a big wall of art for those empty spaces in our homes.

As we move into the weekend remember to trade your stress for your breath, and if you’re not sure who to do that lululemon will walk you through it.