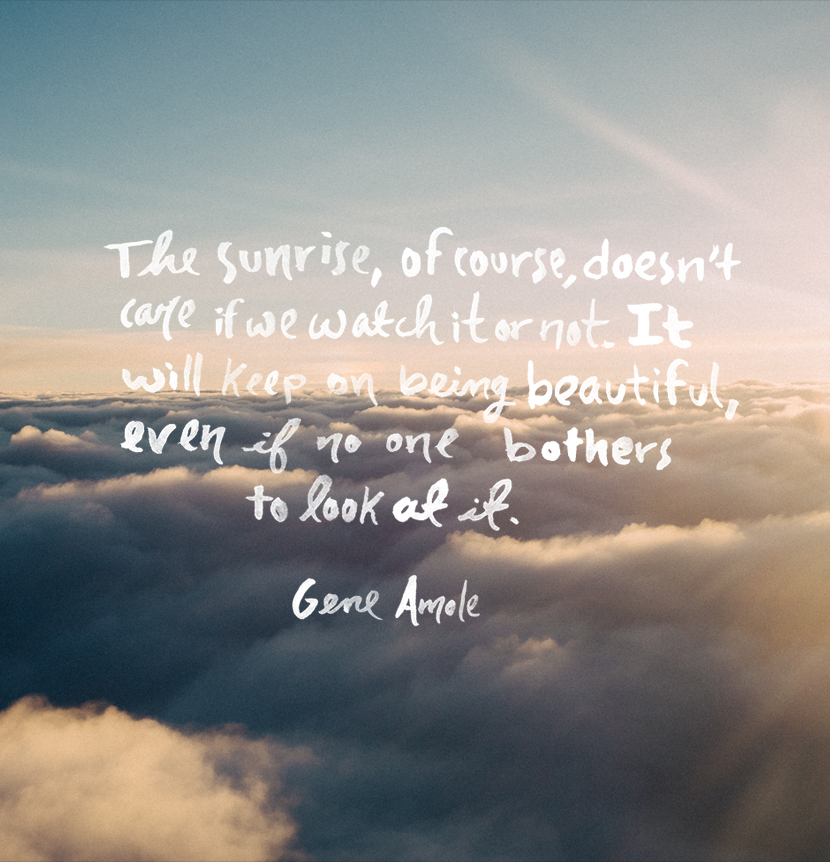 It’s been a whirlwind couple of months, from a slew of sponsored posts coming down the pipeline to traveling to California, Nashville, Chicago, Southern Kentucky, and Charleston this weekend I feel like I’ve been going a million miles per hour in one hundred different directions – which oddly enough I’m growing to enjoy more than staying at home. Don’t get me wrong, I love nothing more than curling up on my couch with my favorite blanket and watching HBO Now or Netflix, but that’s the issue. When I’m home I don’t feel nearly as inspired as I do whenever I’m on the road. Whether that be because I feel safe when I’m at home, or that I’ve gotten a little bored with my surroundings (maybe a combo of both); but one thing is for certain finding my motivation to explore, create content, and hone my craft is lacking when I have the chance to hole up at home. Which is why The Fresh Exchange’s post about finding everyday beauty rang true with me a little more than it probably should. In it they share a challenge they’re holding themselves to for the rest of the year by using the hashtag #fresheveryday, and they’re challenging us to find the beauty in every days tasks that we may not have planned, or ones that may not have gone according to plan. For me, this is a challenge to once again slow down, enjoy life a little bit, and not get so wrapped up in trying to conquer the world one blog post at a time.

SO, I’m going to come right out and say it. I’m not the biggest Taylor Swift anymore, and if we’re friends on Facebook you probably already know why. But in case we’re not, here’s the long story, short. Taylor’s team reposted a photo I shared on Twitter after her Louisville concert WITHOUT crediting me for the photo, yeah I was annoyed, but I moved on (after a week of tweeting her with no reply.) Until I read her rant against Apple requesting that all artists be paid their dues, and I was like WTF T Swift, you’re a hypocrite. Looks like I wasn’t the only one, a photographer shared his open letter response to her on his blog, and then that letter + my rants from Twitter made it into a Jezebel article. I’ve not been contacted by Taylor’s team, BUT as of yesterday she started to credit photographers on her Instagram photos. So while I may not get my dues for the photo, at least I helped “swift” the tide in the right direction for future creators. If you’re asking yourself while this is a big deal, let me break it down like this: I’m a creator, I get paid for the content I create. Had Taylor shared my photo on her channels with proper credit that would’ve meant over 30 million users that had never seen my content and may never see my content again would’ve had my name flashed before them with essentially a seal of approval from the one and only T Swift. This could have been a serious game changer for me across all social media channels, like.. a seriously, serious game changer. And no it’s not about me, it’s about doing what’s ethical. According to Twitter’s guidelines..

But what’s yours is yours – you own your Content (and your photos are part of that Content).

I own the Content that she shared on her Instagram, which means Taylor Swift reposted my Content (along with several other creator’s content) without permission, prior approval, or proper credit. If we want to get technical, there are lost wages and copyright laws that could be thrown into play here, but most of all it’s insanely hypocritical that she ask that the music industry be treated one way while she continues to treat the visual creative community in another way.

Another thing that I’ve had more than my fair share of the past few months? Bad dates. Shew. SO many. From the West Coast to The Midwest boys suck, that’s what I’ve decided, which is why I related SO well to Isaac’s latest dating advice piece.

On the other hand, relationships and bucket lists like Blair and her husband share give me hope. Hope that I too will one day be able to travel the world with that special someone, and more importantly have someone to take good Instagram photos for me (kidding, not kidding.)

It’s probably a little obvious that I could use some stress relief in my life right about.. now, and I’ll blame that on the fact that my ankle still isn’t healed after spraining it. Which means I’ve not ran in 3 weeks, and that’s my token way of blowing off steam. Until it’s 100% healed, I’ll be taking these 10 Ways To Bring Zen Into Your Life c/o Wandeleur into consideration.

Since I feel confined to my house thanks to my swollen ankle/cankle and the stifling heat, I’ve been spending more time in the kitchen, and I’m about to start making my way through these 15 Blueberry Recipes from Gimme Some Oven.

Will’s posts from sunny Londontown always make me smile (cause that’s #makeyousmilestyle for ya), and I can’t wait until his second book comes out!

Now that I’ve got some extra money I’m really considering sprucing up my home space a little bit, thank god for HGTV.

What’s better than mac and cheese? If you’re like you may be saying nothing, but Gimme Some Oven added chicken + broccoli to her’s, and now I want to do the same.

Big thanks to Simply Carmen for including me in her Best Websites For Growing Your Blog post, I’m seriously flattered. I was in some great company, and if you’re looking for some advice I’d head that way!

I’m heading to Charleston this weekend for #SBSCon, and I’ve gotten pretty good at packing here lately. If you’re looking for some tips for the rest of your summer trips, HGTV has got you covered.

I’m guilty of being lazy when it comes to music, thanks Spotify, but if you’re not as lazy as me The Fresh Exchange have rounded up their Albums for Summer 2015 right over here.

I love appetizers, almost as much as food, which means I was all about Wandeleur’s post that included watermelon, feta, and basil. Can you say yum?

Speaking of food, Man Repeller in all their glorious genius threw Avo Toast and Rosé in the ring together for an Instagram heavyweight championship, who do you think will win?

Since we’re already on a food kick, and I’ve already shared 2 recipe posts from Gimme Some Oven I’ll go ahead and slide this last one in for as it’s for Parmesan Baked Sweet Potato Fries. They’re at least a healthi(er) carb?

Authentically Emmie’s #TransparentTuesday posts are always some of my favorites. Mostly because I love when other bloggers get real and take down the rose colored filters that make our lives seem perfect, cause they’re really not. We’re just as crazy, tired, and messed up as you are. Sometimes even more so, I mean living in the lime light isn’t the best for your sanity – trust me. My take away lesson from latest post? I’m better than I was yesterday, hopefully you can say the same.

Alright – signing off for now. I’ve gotta start packing for my this weekend before heading out the door for a day of errands in preparation for heading to Charleston in the morning for #SBSCon. While I don’t 100% know what all I’m packing I can say for sure that my new Ben Minkoff Pouch + Zanerobe tee(s) are going to be making the trip with me. Be sure to tag along with me on Instagram and SnapChat (@TheKentuckyGent) because we all know how much I love some road trip sing-a-long sessions.

OH and before I go, here’s a bit of shameless self-promotion. If you like what you’re reading, head on over to Bloglovin‘ and give me a follow. My new posts will be delivered to your inbox OR app every morning, which means you’ll never miss another Thursday Things post.