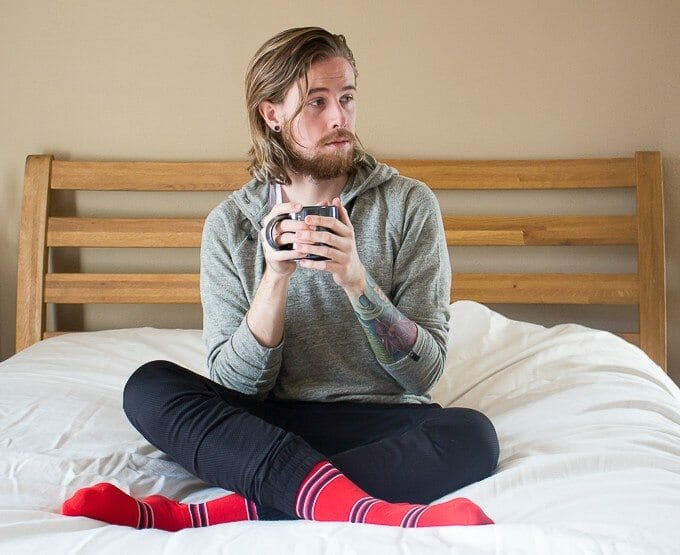 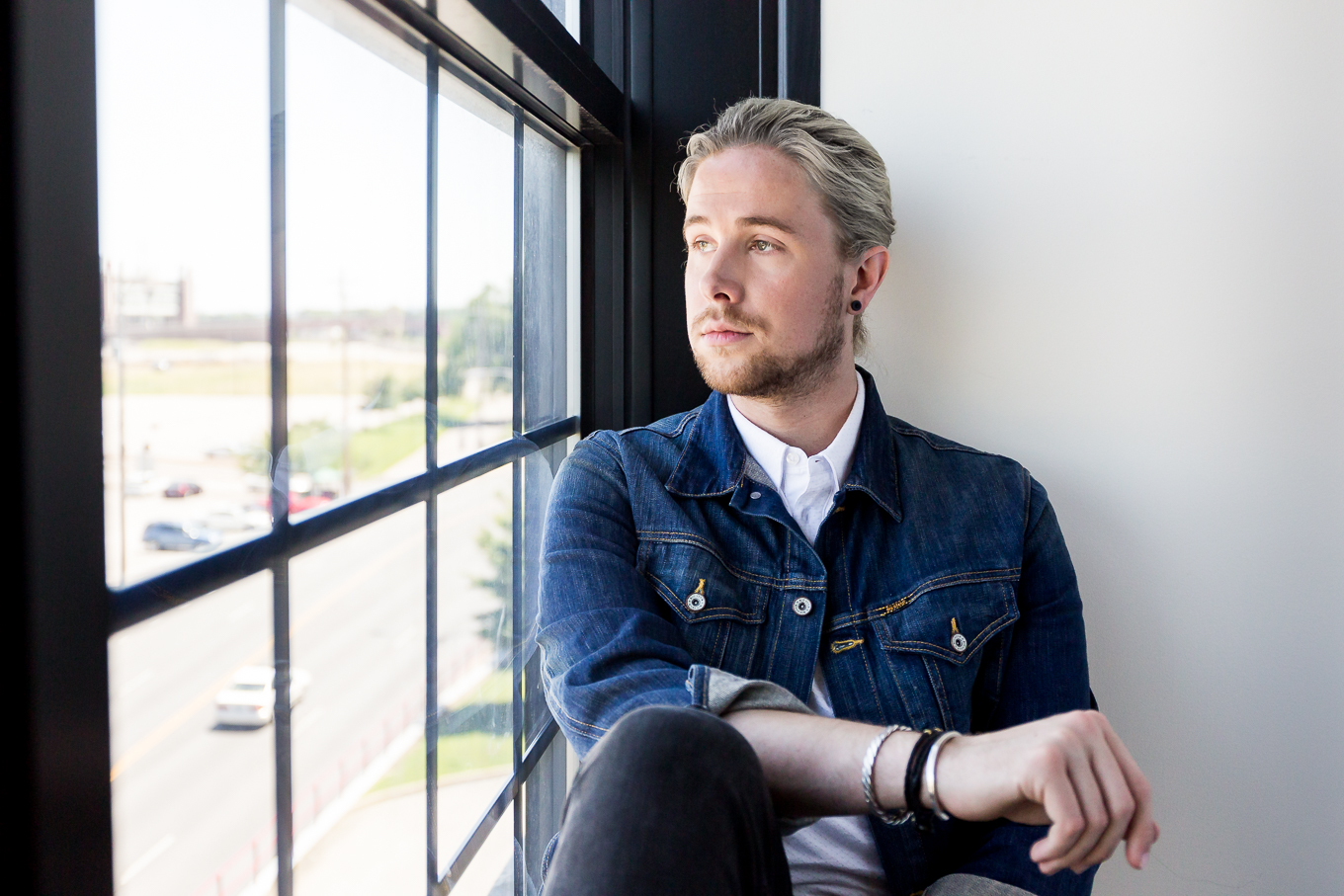 By now I’d hope that we’ve all wrapped up our Christmas shopping – I started AND finished yesterday, don’t judge. But in keeping with the spirit of the season I wanted to share what’s on my wish list this Christmas. Before you go and roll your eyes, hear me out. This post will go down in history as the most personal, in-depth, and transparent that I have written.

It’s no secret that I’m a gay man – if it is, then that cat is officially out of the bag now. While I may have mentioned my coming out story in previous posts, I’ve never went into detail about it. Until now that is. I’ve chosen to share my story because it’s my wish that it may serve as inspiration for other young people out there struggling with exactly what I went through 10 years ago, and ultimately because My Grownup Christmas Wish is that one day no one will have to deal with “coming out” because it was the hardest thing I ever had to go through.

I still remember it like it was yesterday, even though it’s been over 10 years now. I was 14. It was the middle of the summer, and I was on break at my part-time job when my work day was cut short and I was plucked out of the office by my parents and ushered out the back door. No sooner than did I have the car door shut when my mom asked the three words that forever changed my life, “Are you gay?” Without a second to think about it, a pause to take it in, or to be taken back by it I replied “Yes.” It was the first time I had said it out loud to anyone, least of all my parents. Cue waterworks from my mom, and silence from my dad. It was only a short 10-15 minute drive home, but it seemed to drag on for hours. Once we got home the silence continued, interrupted by my mom’s sobs which were shortly joined by my own. Most of what occurred after that is a blur, by that I don’t remember most of the exact words that were spoken. There were a few that stood out, and that are still committed to memory. Like, “Do you think it feels good to take it up the butt?” or “What did we do to deserve this?” The only other thing I remember is how small I felt in that moment, so incredibly small. But not once did I try to deny it, and for that I’m incredibly proud of myself. To be fair though there wasn’t really any denying it. Because of growing up in a religious, military family I didn’t have anyone to talk to about what I was going through, and I resorted to the only place I knew I’d be safe, online chat rooms.

To make a long story short I began chatting with a guy from Florida by the name of Eddie, along with a slew of other guys. It was such a sigh of relief to be able to talk to people about all the feelings that I had been holding inside for years. I was young, I was naive, and I was stupid, but most of all I was a young, horny gay man who had never had any outlet to explore those types of feelings before. Imagine being 14 and dealing with all the hormones that come with that WHILE trying to figure out what being gay means. It was a lot to handle, in and of itself. Needless to say, photos were exchanged – if I ever become “famous”, you’ll probably find some NSFW photos of me floating around out there. Remember Eddie from before? He’s actually responsible for outing me at the ripe age of 14. I opened my heart and soul to the guy, and because of that he was able to bring me down in one fell swoop. He had found out where I went to church and e-mailed all the ministers at that church telling them all about my gay lifestyle, complete with a full photo gallery of me in some not safe for church positions. My ministers in turn sent the message complete with photos to my parents, and the rest is history.

Within a few minutes the world as I knew it had completely changed. It was something that I had wrestled with for most of my life. I’d always been called queer by my peers at school, and by always I mean always. From the 1st grade until 10th grade it was something that I dealt with EVERY day, but I couldn’t talk to my parents about it because I knew that I was different than the other boys. I hated going to school, I hated being around people, and most of all I hated myself. There were nights I would lay in bed and pray to God that he’d make me fall in love with a girl in order for it to all go away, but no such luck. Some days were better than others, but I always walked on eggshells. After coming out I was essentially grounded from everything. My cell phone was taken away, I wasn’t allowed to access the computer unless supervised, and I was placed into a counseling program complete with an antidepressant regime. Yes, some people really do believe that they can pray the gay out of you, and if that doesn’t work then a good dose of antidepressants will leave you feeling lifeless enough to not have feelings for men.

The next 4 years were quite possibly some of the worst of my life, both personally and mentally. I skipped a lot of school, made a lot of stupid decisions, and slept with some horrible guys. After graduating high school I spent a few months couch surfing before moving in with a friend and sleeping in his living room for over a year, during this time I drank a lot, partied way too often, and never had a place to call home. This was painfully obvious during the Holidays – which is a big reason why I’m not a big Holiday kind of guy anymore, a fact that my dad often reminded me of. There were a few years where I wasn’t invited to family Thanksgiving or Christmas, and spent them with friend’s families instead.  At the end of it all I learned how to be self-sufficient, not without my fair share of trust issues though – sorry to all the guys I’ve tried to date, I know that was painfully evident.

Now seems like a good of time as any to share a moment in my life that I’ve never shared with anyone before. I honestly don’t feel incredibly comfortable sharing it, but I feel that it needs to be shared because it happens every day. There was a time in my life where I felt so badly about being gay that I  thought it would easier for everyone, including myself, if I wasn’t around anymore. It was the lowest point of my life, and one of the loneliest. Luckily for me and everyone else like me it does get better.

I’ve come a long, long way in 10 years, and I honestly wouldn’t change any part of my coming out experience. While it was the hardest, most challenging portion of my life it helped me grow into the strong, independent man who I am today. Unfortunately not everyone is able to overcome the obstacles that coming out in close minded communities affords. My heart literally breaks every time I read an article about a young person ending their life due to bullying or not being accepted by their family, and it’s my hope in 2015 to showcase that things do get better. While my parents and I may not still see eye to eye on my sexuality, but we’ve come a long way, and I don’t allow myself to be bullied by anyone any longer.

Ultimately I wouldn’t have been able to do ANY of that without a strong support system however, and that’s where My Grownup Christmas Wish comes into play. It’s my wish that as time goes on I can be a positive role model for young people, especially young gay men, and that this site will serve as inspiration for them. A source of inspiration that shows that they can be anything that they put their mind to, be whomever they wish to be, and be bigger than any labels placed on them by others. My inbox is always open, and I’m a great listener. Whether you’re reading this from the living room of your parent’s house or anywhere else and feel like you have no one to talk to, you do now. Never forget that you’re not alone, and that it does get better.

Last but not least, Happy Holidays to each and every one of you reading this post, and thank you. Thank you for being my support system this past year, for tagging along on this crazy journey I call life, and most importantly for letting me, be me. I’m incredibly hopeful for what 2015 holds, and I can’t wait to share it with all of you.

Winding down from a fun weekend but already lookin

Learning that it’s okay to color outside the lin

One of my favorite neighborhood corners 🥃 #outn