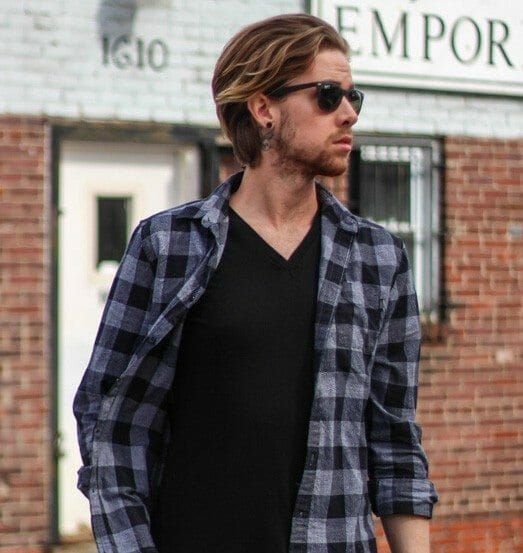 After reading “Real Men Wear a Uniform” earlier this week I began to think about what that means for the modern man’s closet. Does wearing essentially the same thing make you known for your look, or does it make you seem a little boring? For instance when I hear the name Terry Richardson I already visual him in plaid flannel shirts, Levi’s 501s, Converse Chuck Taylors, and Moscot “Terry” aviator eyeglass frames or Alexander Wang in his skinny jeans, drapey T-shirts, and minimalist hoodies in muted solid colors. These two are the epitome of what a modern man’s uniform should look like. But as a blogger, can I wear the same thing every day and still attract followers? That’s a question I’m currently trying to figure out because I don’t want to seem boring or willing to not take some risks. Bootss, Skinny Jeans, Plaid Shirts, T-Shirts, and Ray-Bans make up my day to day uniform. It leaves a lot of room for playing around with different colors and fits, but ultimately it’s what I feel is most genuinely me.

I think a big part of a “uniform” is feeling 100% comfortable and confident to take on whatever the day hands you. Which means more than just liking what you’re wearing, it means feel embodying the persona of your outfit. Because after all, style is a way of saying who you are without having to say a word. What are your thoughts on a uniform in today’s society?